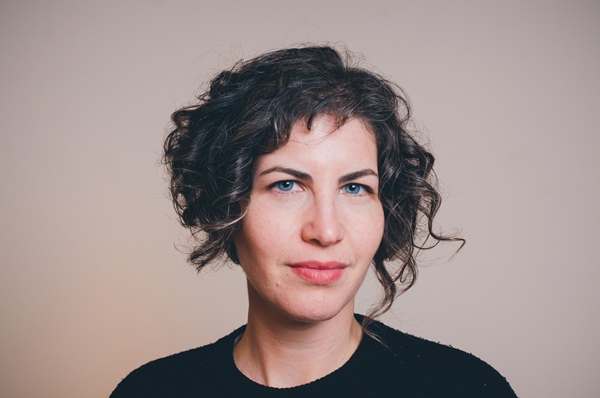 I’m interested in art that confuses reality and fiction.

Israeli-Canadian Chen Tamir is a Curator at The Center for Contemporary Art, an experimental exhibition space in Tel Aviv, and Curatorial Associate at Artis, an organization that aims to broaden international awareness of contemporary Israeli artists. While previously working as an independent curator in New York City, she served as Executive Director of Flux Factory, developing the institution’s infrastructure and establishing an notable residency program. Chen holds an M.A. from Bard College’s Center for Curatorial Studies, a B.A. in Anthropology, and a B.F.A. in Visual Art from York University.

Tamir is a prominent commentator on the art world’s relationship to the Boycott, Divestment, and Sanctions (BDS) movement that seeks to hamper Israel’s global cultural acceptance on behalf of the Palestinian cause. She contributed a report on the campaign’s impact in the aftermath of the São Paulo Biennale’s repudiation of Israeli sponsorship to Hyperallergic, a Brooklyn-based arts publication whose editor enthusiastically covered the #DecolonizeThisPlace protest outside Artis’ SoHo offices, wherein participants demanded that the group demonstrate their refusal “to normalize the occupation of Palestinian lands” by backing BDS. In an article for the Guggenheim Museum website, Tamir addressed another aspect of the political landscape: “McCarthyism” in Israel, or the government’s systemic “censorship” of artists who satirize state policy through their work that is exacerbated by increasing grassroots “bullying” of and extremist backlash against creative dissidents. As she observes, “the metanarrative in Israel is one of continuous existential fear and victimization, which leads to the increased justification of insularity and nationalism, and the silencing of opposition.” There are legitimate rebuttals to this outlook (after all, on a logical level, functioning bureaucracies usually fund programs and individuals that support their ideologies), and as critic JJ Charlesworth notes, for many  “The Cultural Boycott of Israel Isn’t Solidarity, It’s Condescension.” Nonetheless, the issue of Israel’s aesthetic suppression has been brought to the fore by a recent controversy over freedom of expression at Jerusalem’s Bezalel Academy of Art and Design after multiple student images caricaturing Prime Minister Benjamin Netanyahu became publicized (in another incident, a golden statue of Netanyahu was placed in Rabin Square and then removed). In this climate of communal tension aggravated further by charges of incitement and calls for cuts to Bezalel’s educational subsidies, Tamir’s presence on the scene is all the more relevant.

In 2015, Tamir was heralded by Artnet as one of 25 women shaking up the art world and by Artslant as one of 15 curators to watch. In addition to her writing on the Israeli-Palestinian conflict, Tamir has spearheaded shows such as Sights and Sounds at the Jewish Museum in New York, Emotional Blackmail at the Kitchener-Waterloo Art Gallery and the Southern Alberta Art Gallery, Into the Eye of the Storm at the Israeli Center for Digital Art and Double Take Triple Give at the Museums of Bat Yam (MoBY), among others. She has spoken or lectured at the Power Plant, Sotheby’s, Art Gallery of Ontario, Vanderbilt University, Bard Center for Curatorial Studies, Open Engagement, the 2009 Scope Art Fair, and so forth. Tamir has been published in various magazines and her Editor’s Letter appears on the Art21 blog. According to her website, she is also an advisor to “the Vera List Center for Art and Politics at the New School, A Blade of Grass, and EFA Project Space.”

Emphasizing digital fluency, in 2015 Tamir launched Captive Portal at the CCA, a specially-commissioned virtual “fifth-wall” that is “dedicated to the presentation of new work by local and international artists.” Captive Portal features artworks visitors can look at on their mobile devices through the CCA’s wireless network. [Editor’s Note: in an unrelated initiative, CCA director Sergio Edelsztein transformed a bomb shelter next door the museum into the “Shelter for Contemporary Art.” This post originally implied that Tamir was behind this endeavor].

After organizing a conference on BDS in Tel Aviv two years ago, Tamir has proceeded to be involved in expanding the visibility of artists who, as she puts it, “don’t want to do PR for Israel.” She signed a petition in 2014 rejecting being called up as an Army reservist during “Operation Protective Edge,” has been a panelist at an Armory Show dialogue on contemporary art in the Middle East, North Africa, and Mediterranean (MENAM), and taught at Otis College. With her penchant for tech-geared exhibitions, Tamir is now planning Jon Rafman: Erysichthon and Noa Yafe: The Perfect Crime to debut at CCA this upcoming year.

Tamir’s talk at the Curators Talks Programme at Kunsthal Aarhuson on “Curatorial Practice” (2015):

Welcome to the second post of the new MolaPola series, Curator of the Week. Every seven days you’ll find a spotlight on a contemporary curator engaging the art world. Stay tuned in the next few weeks as I’ll be talking about Serpentine Galleries’ Hans Ulrich Obrist and Carolyn Christov-Bakargiev.